UPDATE: The result of the genetic analysis confirms what we had always thought - that this was a Central Asian Lesser Whitethroat somewhere on the blythi—halimodendri spectrum and based on cytokrom b the bird falls into the blythi clade as defined in the recent paper by Olsson et al (2013).

On Saturday the 20 October 2012 I found a Lesser Whitethroat which was seen briefly in the garden at Fyrgården near Totten on the easternmost tip of the island Anholt. It was striking and called for immediate attention due to its short primary projection; fine and short bill; warm underparts suffused with peachy-buff and less contrasting against the upperparts compared to a typical curruca; and sandy brown upperparts with a warm hue extending onto the head.

The sun was about to set, so my mist-net in the garden were opened right away and by the use of playback the bird was easily caught within 20 minutes. I immediately checked the wing-formula and noticed a very rounded wing, with a short P2 falling almost even with P8 and P3-P4-P5 of equal length and creating the wing tip. As the sun had just gone down during the netting process, the bird was taken to the house for carefully examination and ringed (9R 88 331) before it was left for the night in a bag. At first daylight the following day the bird was released in the garden from where it quickly moved on to never be seen again.

As the identification of vagrant Lesser Whitethroat in Europe is highly complex a small blood sample and an outermost tail-feather, a central secondary and a few coverts were sampled for genetic analysis. 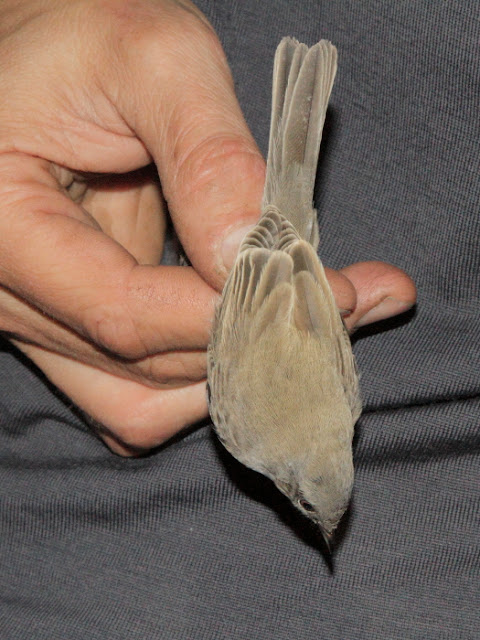 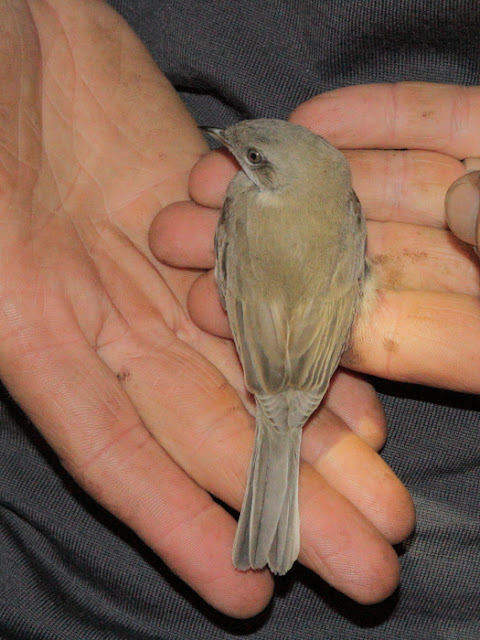 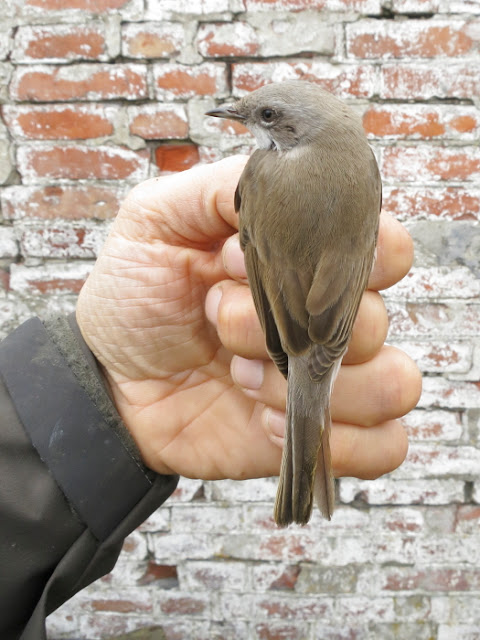 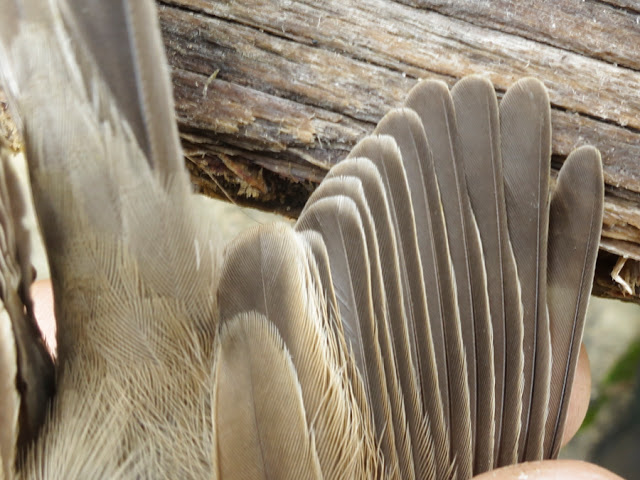 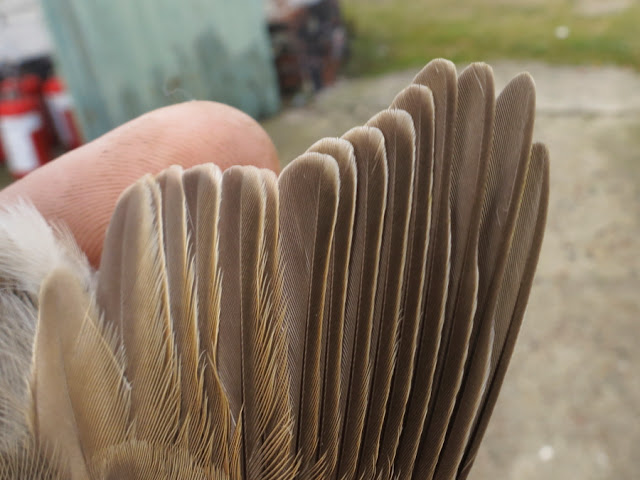 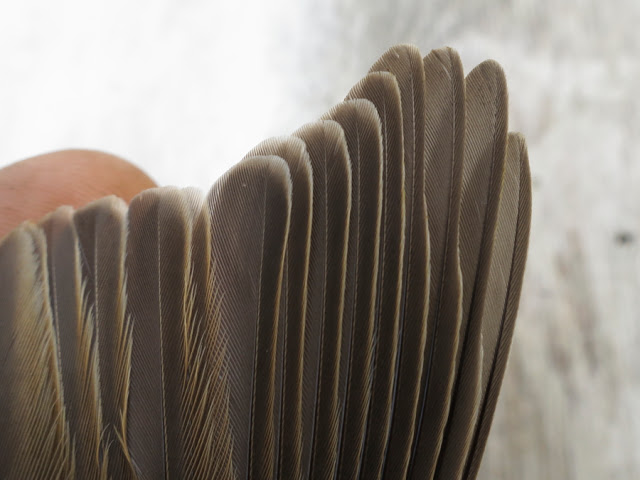 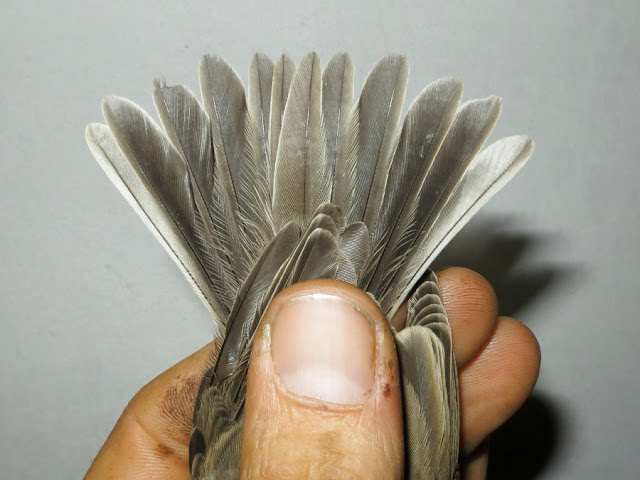 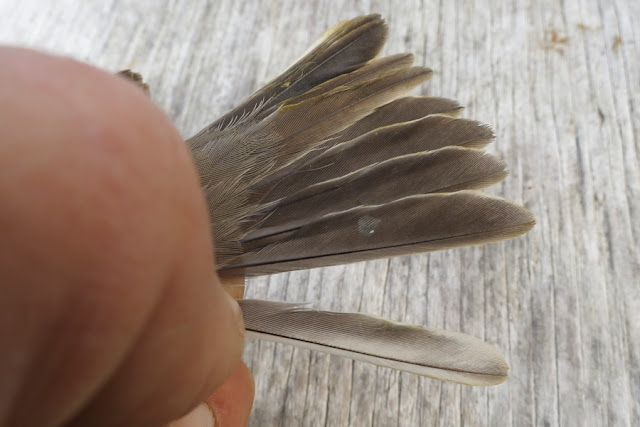 Today I was searching for migrating seabird off the eastern part of Aarhus Harbour when a small group of Eiders invited for a check. Right away a 'Sailed Eider' was apparent. All the other Eiders were in their smart breeding plumage, whereas this one was yet in transitional plumage. However, the white scapular sails were very obvious when the bird was resting as seen in the photos, but just like I have seen before the white sails disappear when it started diving for food.

Other characters besides the white scapular sails indicating some degree of genetic borealis influence are the head shape with a high and steep forehead; the feathered white area on the side of the bill is more pointed and lack the rounded tip, very narrow black feathering below the frontal bill lobes; narrow and rather pointes frontal lobes on the forehead, brightly coloured frontal lobes even though the bird is still in transitional plumage; long white tertials, and bill thin subterminally and with more dropping tip than molissima. 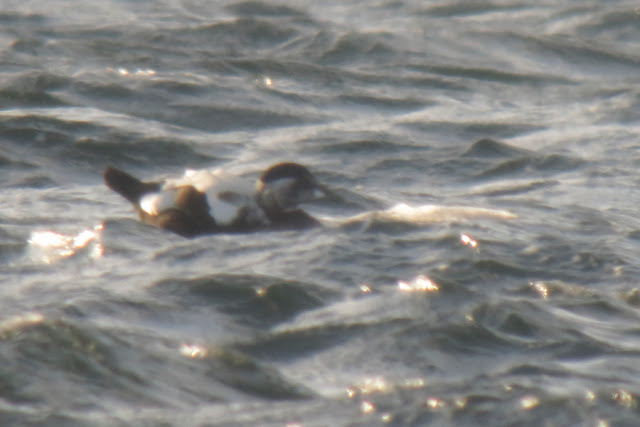 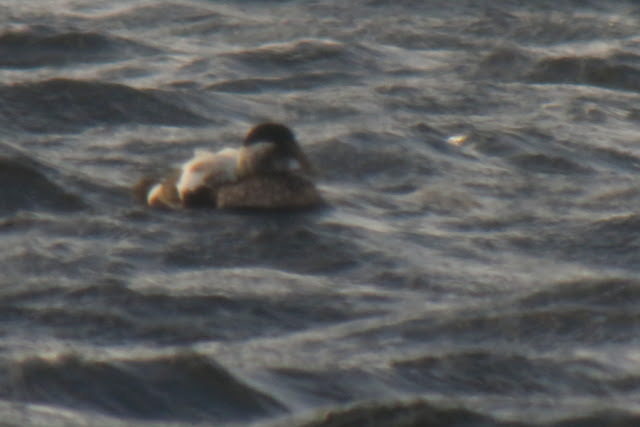 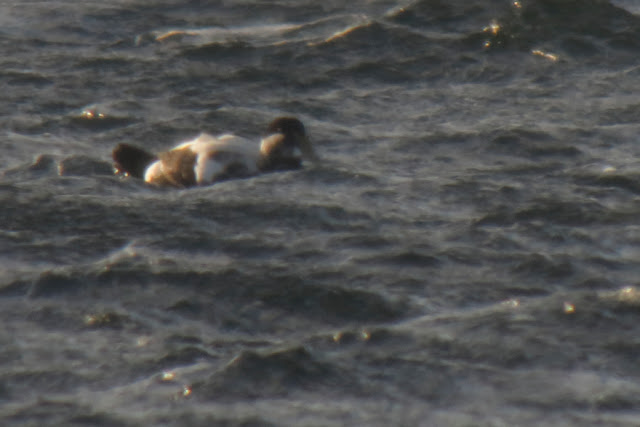 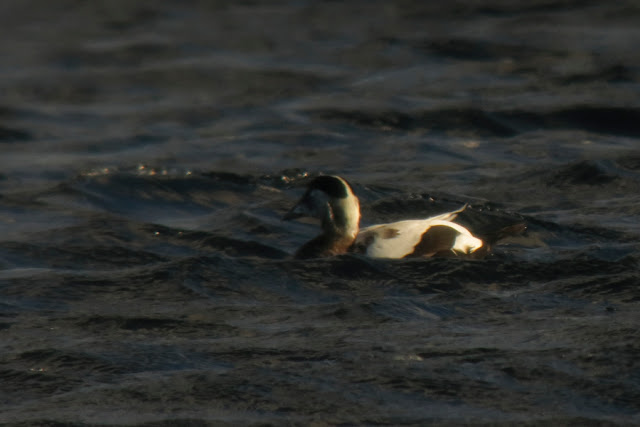 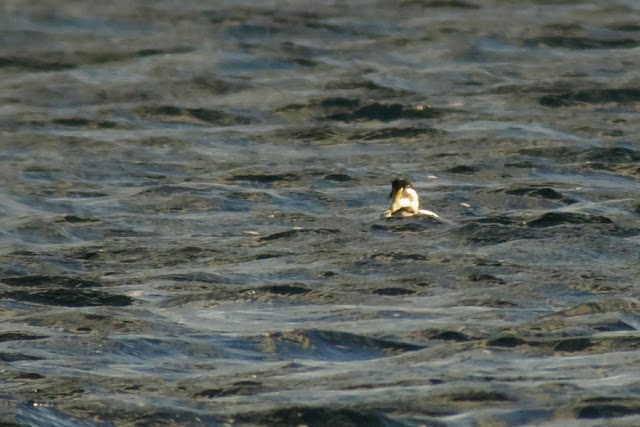