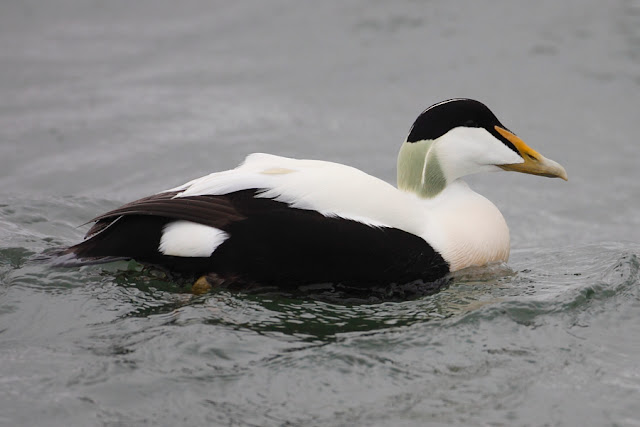 This ‘presumed to be’ of the form borealis also known as ‘Northern Eider’ was found feeding in Hanstholm Harbour by Jeppe Bundgaard, Peter Bundgaard, Henrik Læssøe and me on 1st April 2012. It could become the first Danish record and it feels great finally to find one with white sails following my 2009 attempt.

It was really a stunning Eider and was quite easily recognised in comparison with the two Common Eiders occasionally swimming next to it. Superficially it is very similar to the dapper black and white plumage of Common Eider but it is the small ‘scapular sails’ and also the bright yellow tones of the bill that really set them apart.

The ‘Northern’ form also known as ‘Borealis’, (which is also the Latin name Somateria mollissima borealis) is basically the name given to the subspecies in the Arctic regions of the North Atlantic, from North East Canada, Greenland, Iceland and Svalbard. There are several subspecies in the ‘Common Eider’ group; besides the Common Eiders (S. m. mollissima) there are three of which we should be (and many are) on the lookout for as they could potentially turn up as vagrants.

Livezey (1995) suggests that the Common Eider is actually four species: S. v-nigrum (Pacific Eider), S. borealis (Northern Eider), S. dresseri (Canada/American Eider) and S. mollissima (European Eider). ‘Northern’ Eider is by far the most likely target and it is possible and indeed quite likely that birds have been over looked in Denmark in the past.

According to Garner (2008), Garner & Millington (2010) and Van Duivendijk (2010) the key features of adult male Northern Eider in relation to European Eider are:


The Northern Eider appears to occur annually off the northern coasts of Britain and Ireland. The origin of these birds remains uncertain but, in terms of movement and migration, birds from Canada, Greenland, and maybe Spitsbergen, could all occur within our area. 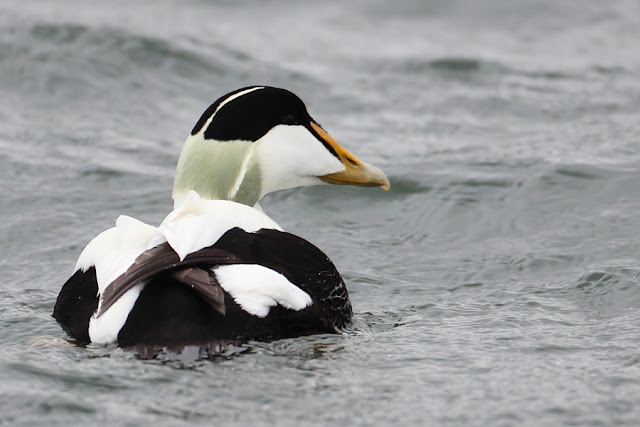 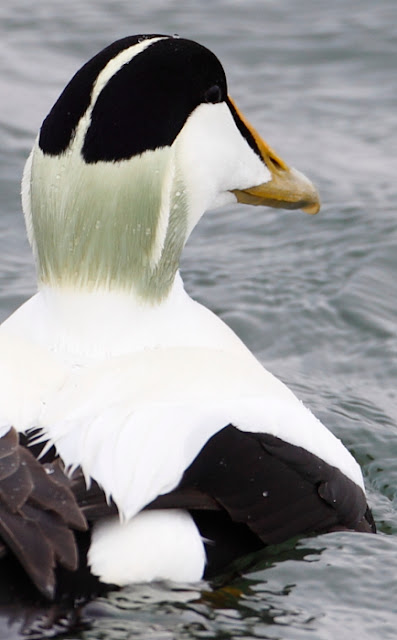 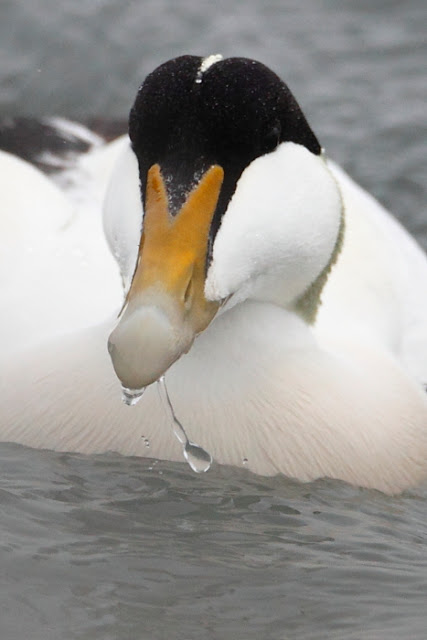 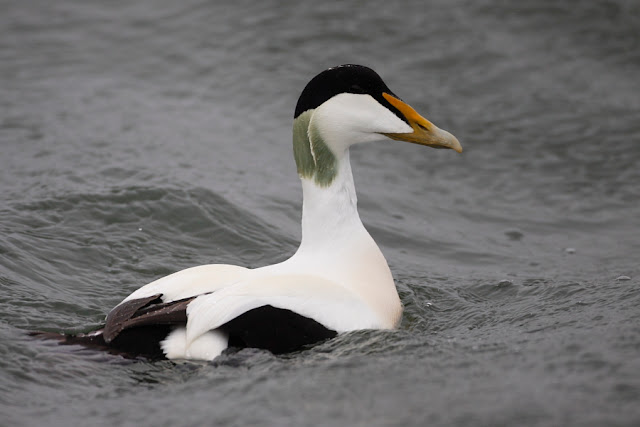 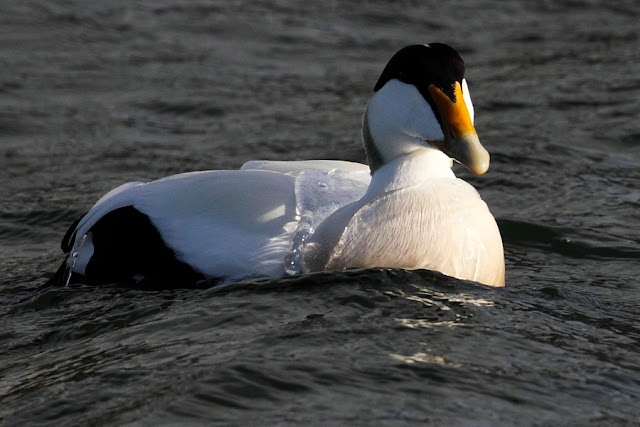 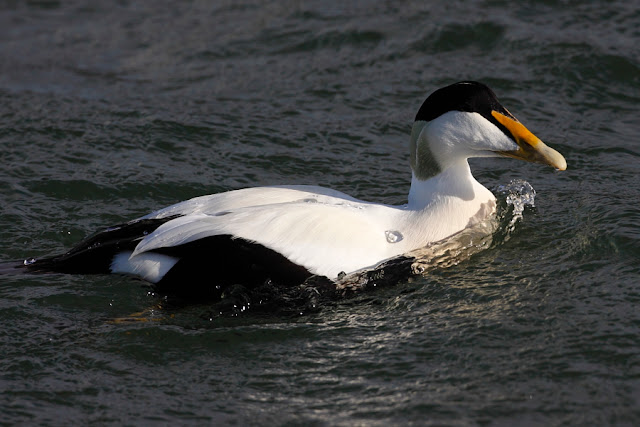 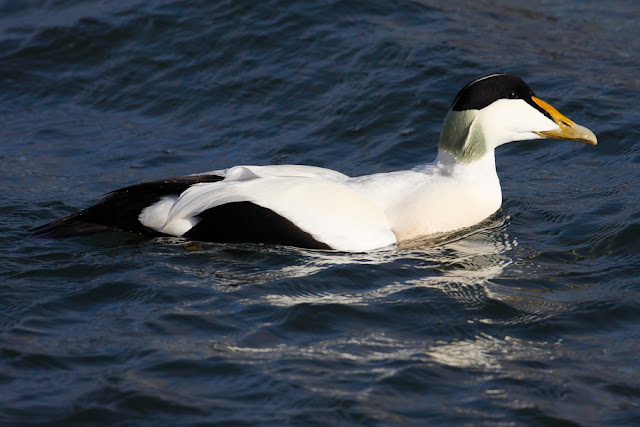 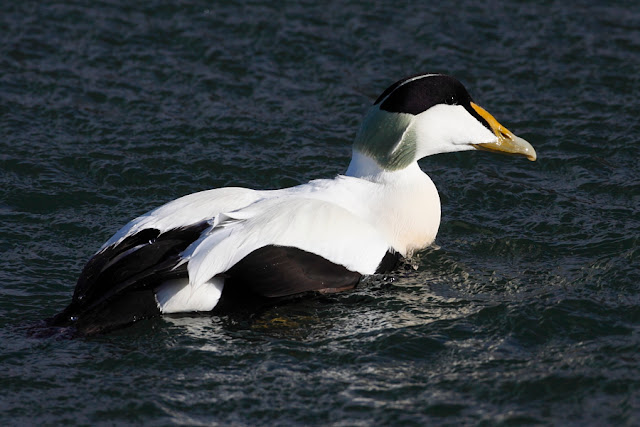 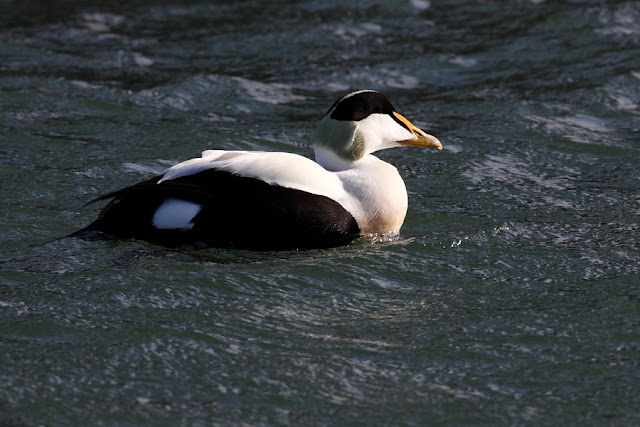 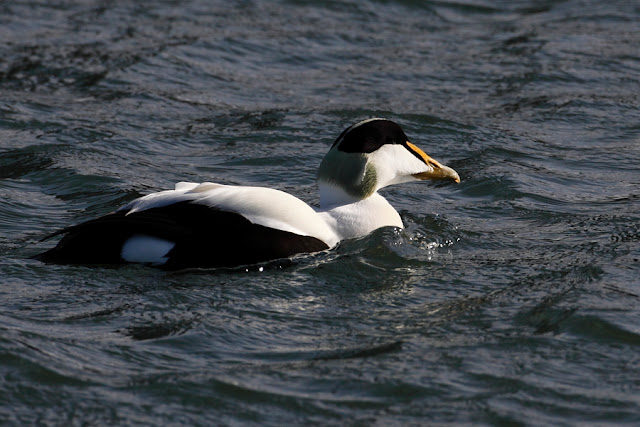