A 'non-yellow' female Yellowhammer on Læsø

While searching for Pine Bunting on the very last day of December 2014, I found this 'non-yellow' female Yellowhammer. It was seen feeding together with some 70 Yellowhammers and large numbers of other species which were having a feast on cow food at a local farm on the island Læsø in northern Denmark.

Some of the useful differences between females of Pine Bunting and those of 'non-yellow' Yellowhammer seem to be as follows:

Flight feather fringes: White or whitish-buff on Pine, never with any yellowish pigment as on most Yellowhammers. Note that the female in the photos below has narrow yellow fringes to flight feathers.

Crown streaks and supercilium: Streaks are more restricted to the lateral crown on Pine, with far fewer on the central crown (can appear as a paler crown-stripe). Yellowhammer normally (not always) shows a more evenly streaked crown and narrower supercilium. Pine shows striking contrast between lateral part of crown and paler whitish and almost un-streaked supercilium, though sometimes with very thin faint streaks, whereas Yellowhammer shows less contrast owing to its greyer supercilium.

Note this individual from Tarsiger or this one for reference. 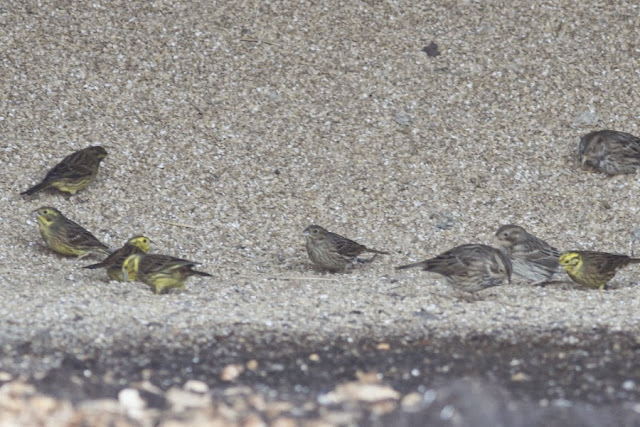 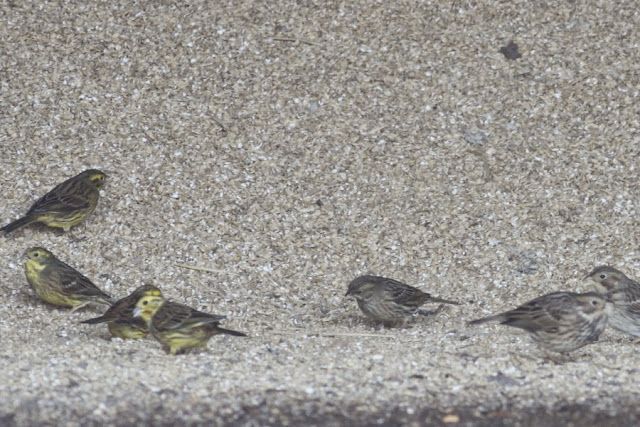 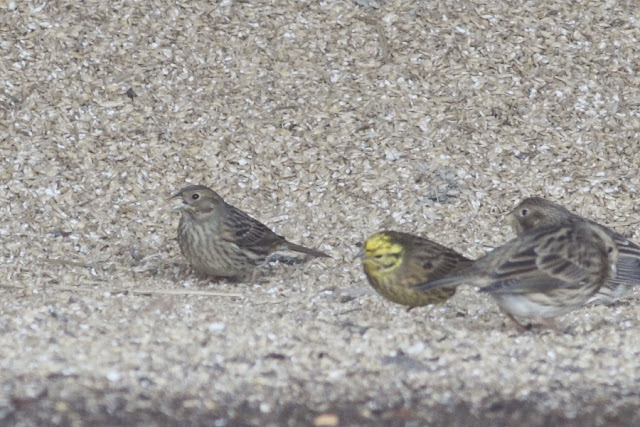 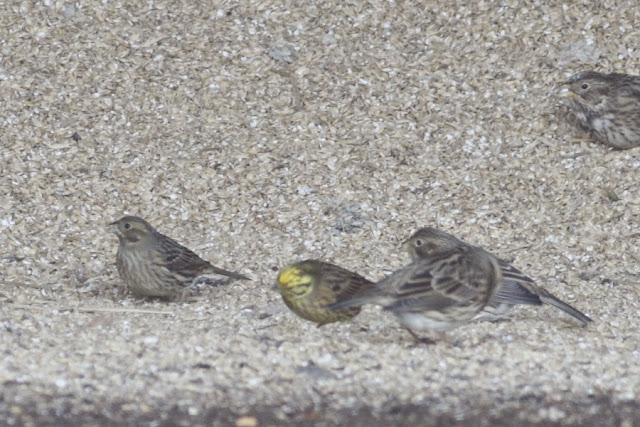 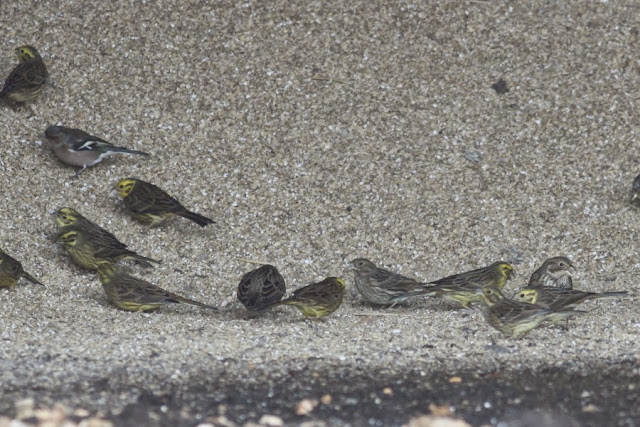 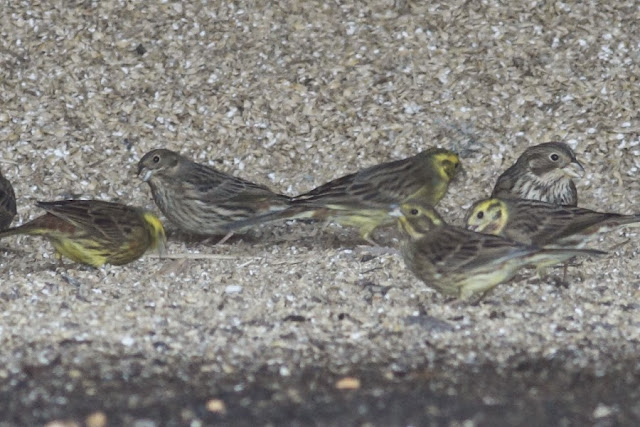 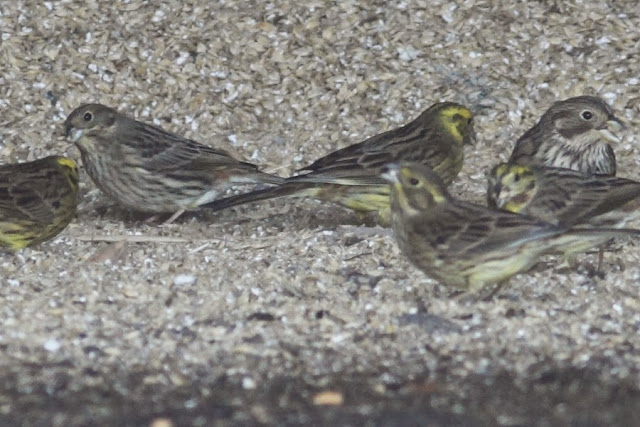 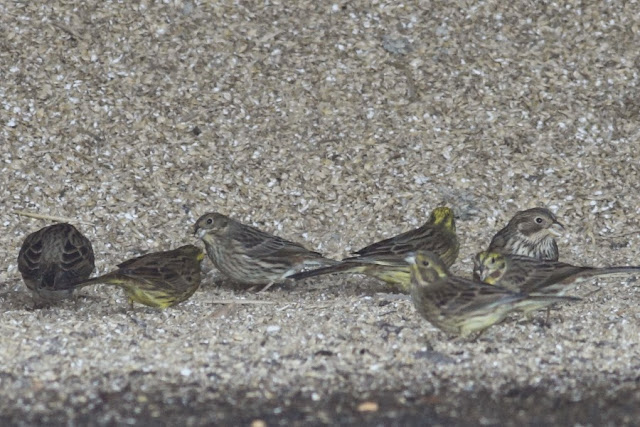 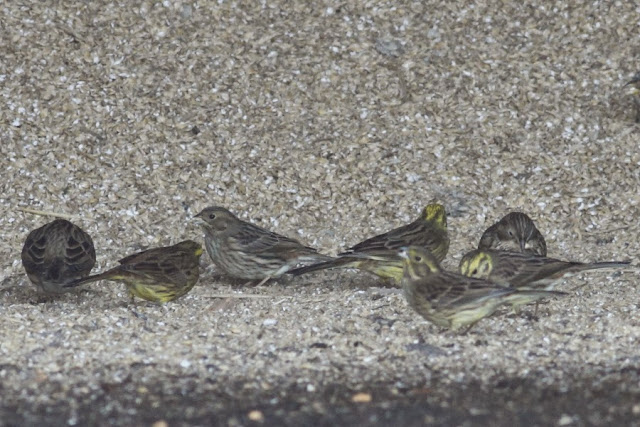 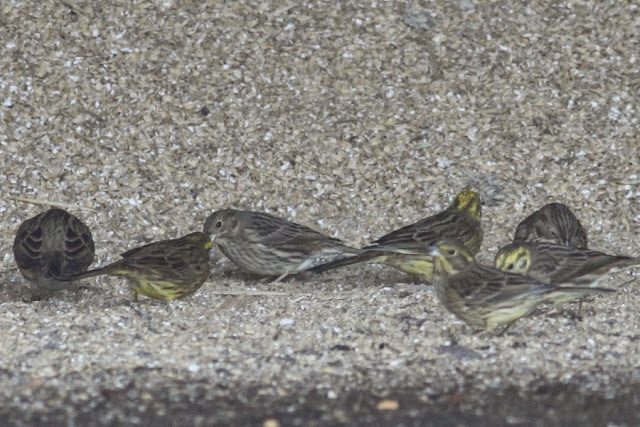 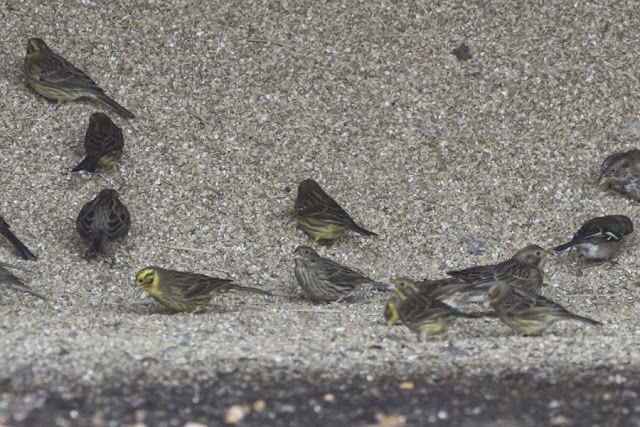 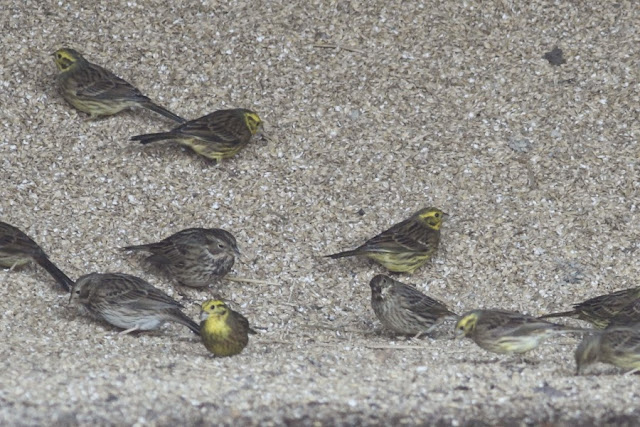