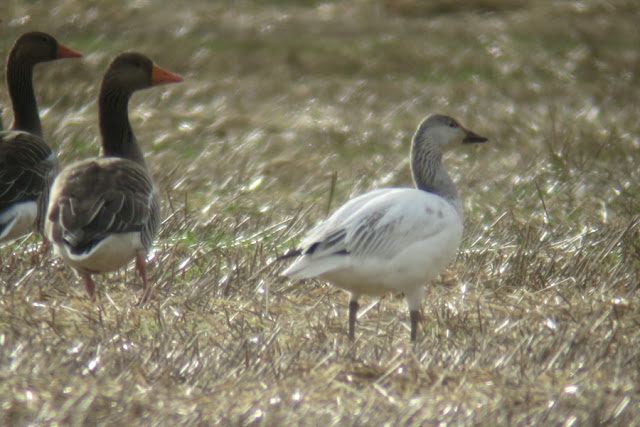 During an assessment of the breeding populations of non-native species in Germany, Snow Goose (Anser caerulescens) was considered as an established breeding bird and given Category C1 status. In addition, the naturalized European Snow Goose population which is growing was some years ago estimated at 1,000-2,000 pairs, which equates to 2,000-4,000 mature individuals (BirdLife International 2015). Even though the species is not yet breeding in Denmark, we may also choose to include the species in Category C as vagrant individuals from fully established populations in our neighboring countries.