This Arctic Redpoll (Carduelis hornemanni) was seen at a feeder in Brønnøysund in northern Norway on February 16, 2011. It was so very different from the other redpolls with its full heavy build and large proportions especially with its evidently wider neck. Especially when feeding among the numerous Mealy Redpolls the size difference was striking. The general color was also quite different from the classic exilipes Arctic Redpolls and the buff colour was mostly restricted to the head and foreparts which had us speculate whether it in fact could be a Hornemann's Redpoll from the Greenlandic populations? Any comments to the identification are more than welcome at this post or by kent_olsen@hotmail.com. 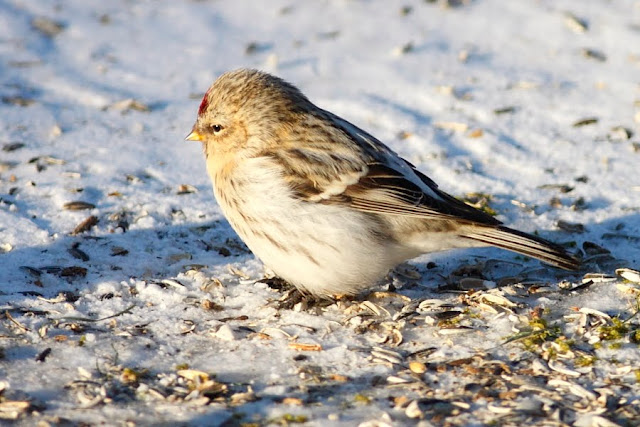 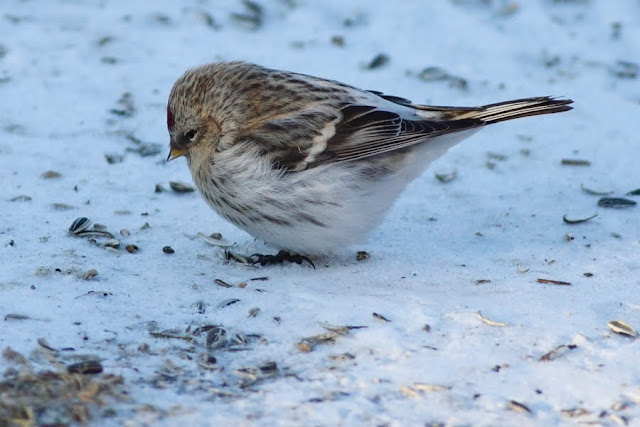 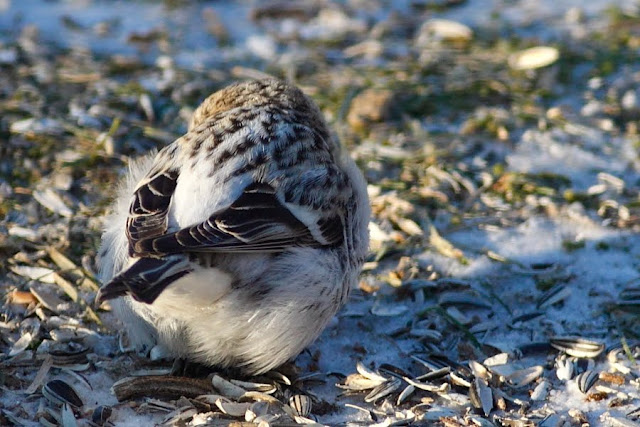 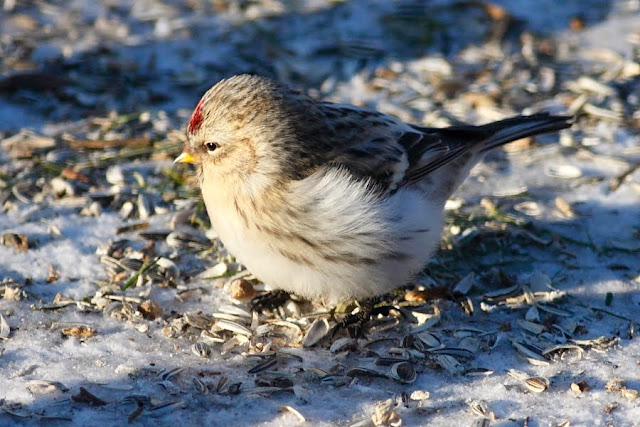 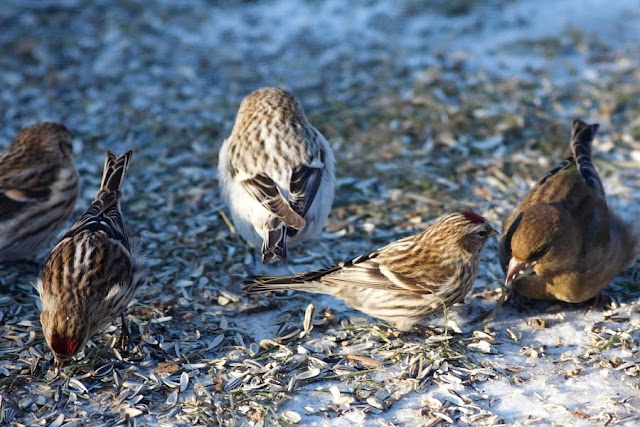 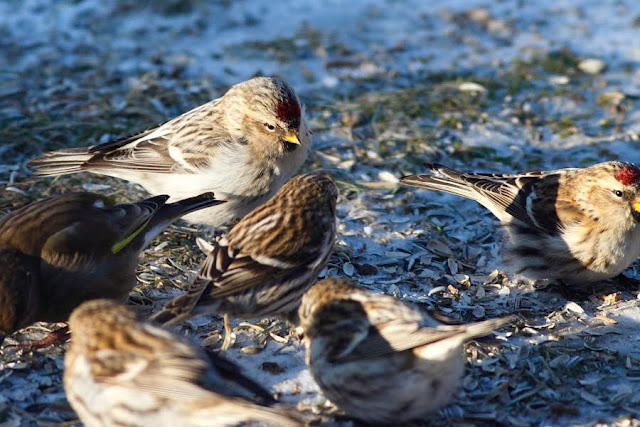 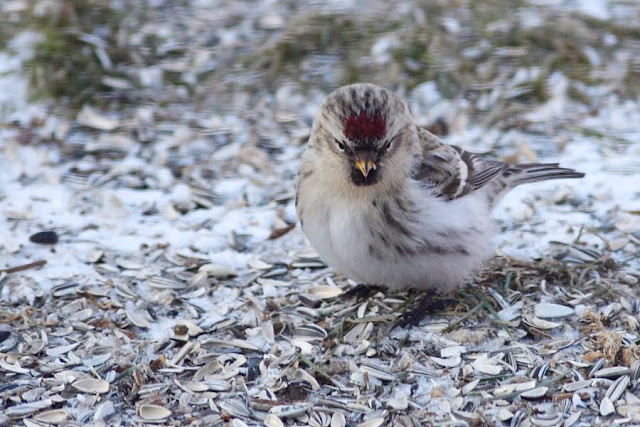 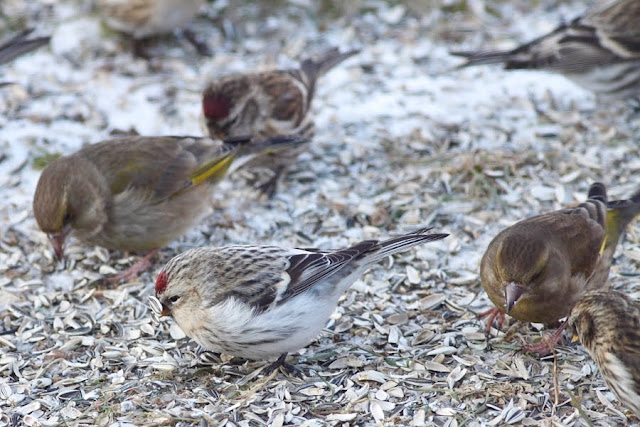 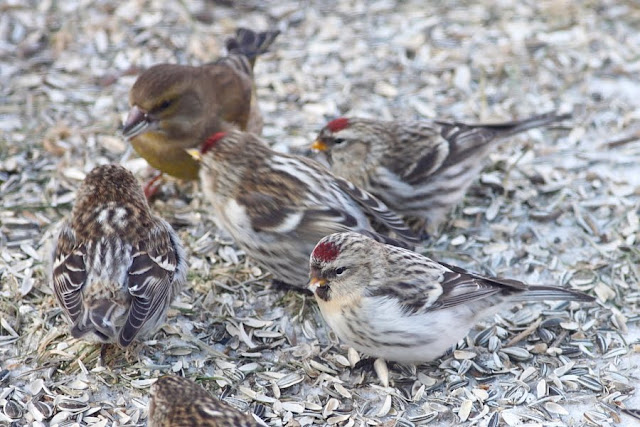