As shown in the collages, it seems that the "fingerprint" formed by various damages to the flight feathers, stage of feather moult and the distribution of white and dark feathers confirms that the same Steppe Eagle individual was spending it winter in Skåne in southern Sweden from at least 18 November 2019 until at least 24 March 2020 before migrating south. Then it was seen in Zeeland in the southwest corner of the Netherlands on 21-22 May 2020 before arriving in Skagen in the most northern part of Jutland in Denmark on 29 May and seen again in Skagen 3-6 June 2020. Later this individual was seen migrating at several locations on Djursland in East Jutland in Denmark on 8 June 2020, and most recently in Lille Vildmose in northern Jutland in Denmark 2 July 2020. Where will it turn up next time? 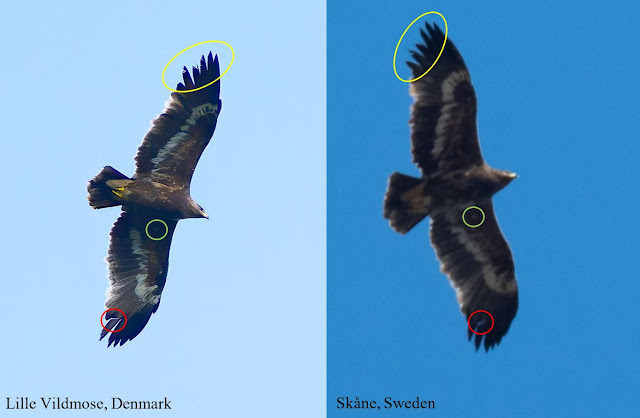 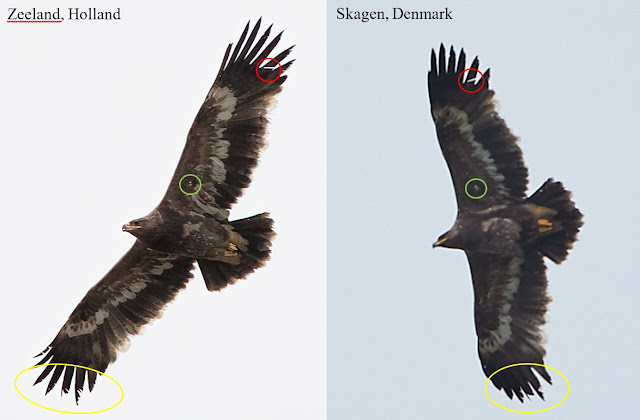 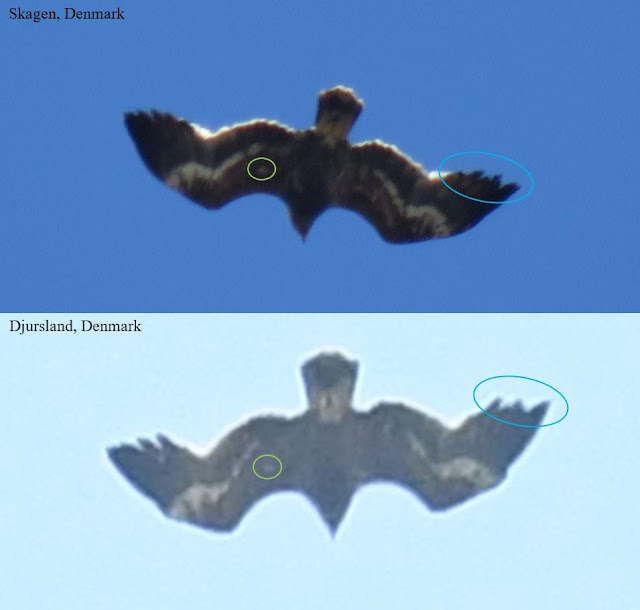 Data from Denmark seen in DOFbasen, Sweden seen in Artsportalen and Netherlands in Dutch Birding